Getting an AC repair second opinion may be the smart thing to do, right? Well, it should be anyway. However, it may create more confusion for the homeowner, in some cases even prompting the need for a 3rdopinion! Recently, I’ve seen two cases where it made matters worse for the most important person – the customer.

Magic Touch Mechanical has been the 3rdof three companies called for a repair quote or diagnosis several times in recent months. Two of these cases were eerily similar although they involved different air conditioning companies in both cases.

In Case 1, the customer was told by the 1st air conditioning company that she needed $1,100 in preventative repairs. Note; the unit was working and cooling the home to the set temperature when he arrived. The customer said her AC unit had been “working fine so far this year.” She’d called company 1 for an AC tune-up and was simply “having it checked out,” she told us.

I won’t mention names, however to my knowledge, this company is not one of the bad apples. As far as I’ve ever heard, they do good work and have a good reputation in the industry & community. Upon completing his check, the service technician informed the customer that she needed to replace a fan motor & capacitor. The total repairs were quoted at little over $1,100 for OEM parts. Original Equipment Manufacturer (OEM) parts are factory recommended parts vs. universal fit.

Unfortunately, this is where things got confusing for her and the reason she called Magic Touch for yet another opinion.

The home warranty company diagnosis: The service technician sent by the home warranty company told her the 1sttechnician “lied to her.” He said the fan motor and the capacitor were fine, however her “compressor was on its last legs.” He advised her she should “probably replace the whole unit soon.” And, “since it was worn due to age it wasn’t covered by her home warranty.” He proceeded to quote her a price for an entry-level AC unit and said he could install it the following morning. 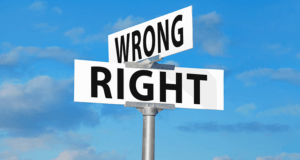 She now had two conflicting stories about what (“if anything,” she said) was wrong with her AC unit. She was telling her coworker (a longtime Magic Touch client & personal friend) about what she was going through. Our mutual friend called me and asked if I could give her any advice or send a Magic Touch technician. Obviously, I couldn’t advise anything with the conflicting information either, so we decided a 3rdopinion was warranted.

It turns out the 1st technician was not “lying”, as he’d been accused of. The fan motor was indeed pulling high amps, a tell-tale sign of a motor going bad. Also, the capacitor was out of tolerance and most likely was the cause of the fan overamping. However, there was absolutely nothing wrong with the compressor after running for enough time to verify its condition. Our technician, also started and stopped the unit several times in order to verify starting conditions of the compressor. The compressor showed no signs of damage or any reason to believe it was “on its last legs.”

So, it was the technician that gave the AC repair 2nd opinion who was “incorrect”. I’m giving him the benefit of the doubt by not calling him a liar as he called the 1sttechnician. Perhaps he’s just incompetent, but I’ll let you draw your own conclusions as to what he was or is!

The only correct information he gave was that her warranty wouldn’t cover the replacement parts as they hadn’t failed – yet. It’s worth mentioning, her unit is 9-years old, which is no spring-chicken, but also not too old to justify repair.

The results: Ultimately, she decided to go ahead and have our technician repair the AC. Her reasoning was “not wanting to wait until the unit dies and then have to wait for the warranty company.” “I also don’t know if I can trust whoever they send,” she added.

Obviously, we’re happy to have earned a new client as a result. Normally, I’d say, all’s well that ends well. However, think about what could’ve happened had her friend not advised her to call yet another company.

At the beginning of this article I said these two cases were eerily similar. The thing they share is this is another case of one technician calling other technicians liars. However, in this case I think the motives were even more transparent. I’m speculating what his motives were, and we’ll never know, but I’ve seen this before.

In this case we weren’t called for an AC repair second opinion – or a 3rd. We were called to give an estimate for a new air conditioning system.

We came to find out some interesting things later on, as we were awarded the job and the customer is now a Magic Touch client:

Although “Company 2” was only called to provide a replacement quote, not an AC repair second opinion – he apparently had a lot to say! Rather than focusing on his company’s own merits, he bashed “whoever’s been working on this unit.”

He must’ve sensed the customer held his regular company in high regard so he berated them and their work. The customer shared with us that he went on and on throughout the visit about all of the things the other company should’ve done. And that “the technicians had probably been lying to them about repairs” and “did very sloppy work.”

I’m pretty sure I know what his motives were, because we’ve been victims of it ourselves. He figured if he threw Company 1 under the bus he’d knock them out of the running and get the job. Unfortunately for him, not only did the customer see right through it – it turned him off completely. He later told our consultant he, “knew right away he wouldn’t hire that company even if they were $5,000 less!”

When the AC Repair Second Opinion is Wrong!

These two cases are far from unusual. I serve on arbitration committees for several organizations. The one that meets most frequently is the BBB-ACIAC (Better Business Bureau – Air Conditioning Advisory Committee). The ACIAC meets bi-monthly and reviews about two-dozen cases a year. 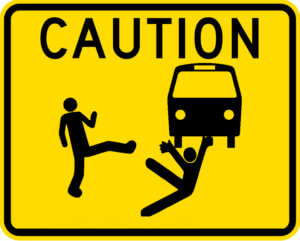 Unfortunately, I regularly hear cases where Company B tries to play the knight in shining armor coming to save the day. They disparage Company A rather than act honestly and ethically. This is an ill-fated attempt to come across as the good guys by throwing the competition under the bus.

In Case 1, the customer didn’t know who to believe and needed yet another opinion. In Case 2, the customer knew better and saw what the second technician was doing. However, in many cases I hear (or have been a victim of) the homeowner believes the technician doing the disparaging.

There’s nothing wrong with fair competition in business. I have many friends in the HVAC industry that own competing air conditioning companies in Phoenix. Sometimes we’re called to offer a second opinion on an AC repair they recommended. Do I hope to win the customer’s business and take it from them? You bet! However, I do it fairly and squarely, by hopefully making a great impression and earning their business.

Not only is disparaging another company underhanded, it’s the kind of thing that makes people distrust an entire profession. Unfortunately, it happens all too often and the customer loses trust in a company that’s not actually guilty of what they’re accused of.

What Do the Masses Have to Say About That Air Conditioning Company?

The culture and values of a business and their employees are self-evident over the course of time. If hundreds of people give an air conditioning company (or any company) wonderful reviews year after year, they’re probably wonderful. If the opposite is true, they’re probably not so wonderful.

My point is, the company culture doesn’t change from customer to customer. Can a good company make mistakes? Of course, we’re all human and flawed by design. However, a good company will fix their mistakes and make things right. As these cases show though, sometimes people are accused of wrongdoing for no other reason than trickery!

Should You Get a Second Opinion for AC Repair?

By no means am I suggesting all second opinions end up like the cases we’ve just discussed. They may even reaffirm your confidence in your “regular company.” If something doesn’t feel right, definitely get a second opinion! However, if you have a long-standing relationship with an AC company and they’ve done right by you in the past: Their culture didn’t just change because now they’ve identified AC repairs are needed. In fact, if you do business with a company long enough, sooner or later it’s going to happen. Air conditioners, furnaces, and mechanical equipment fail, it’s a fact of life!

What Can You Expect When You Call Magic Touch for AC Repair?

First, you can expect a report of anything observed running outside of manufacturer specifications or acceptable tolerances. We train our AC technicians to provide first-class customer service and advice. In other words, we’ll put our best foot forward to earn your business. It’s not about what previous companies should’ve done… it’s what we’ll do and what you can expect every time.

When you call Magic Touch Mechanical for air conditioning service or repair be it the 1stor 25thopinion: Expect honest, competent, straight-forward answers and advice!

Does My AC Unit Need to be Flushed?

How Long Does An Air Conditioner Last?