How Does an Air Scrubber Work? - Magic Touch Mechanical

How Does an Air Scrubber Work?

To explain how an air scrubber works, we’ll start with who and why it was originally invented. Normally, I’m leery of claims like “uses NASA developed technology” as the manufacturer’s website and marketing claim. However, after researching this personally, it turns out that NASA did in fact develop the Air Scrubber Plus technology. 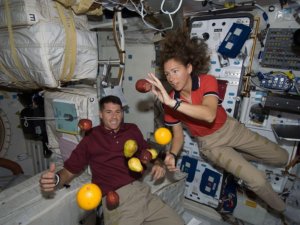 NASA’s ethylene scrubber was first used on the space shuttle Columbia in 1995. Its purpose was to combat naturally occurring ethylene, which hastens the ripening & decay of plants. In order for astronauts to fly on prolonged space missions, they need to grow their own fruits and vegetables. Growing fruits and veggies is one thing, ensuring they don’t rot too quickly is another. The 1995 mission successfully preserved a small crop of potatoes on the Columbia flight, and NASA has been using the scrubber ever since.

The ethylene scrubber worked by pulling air through tubes coated with titanium dioxide. When UV light was applied to the tubes, it converted the ethylene gas to water and carbon dioxide. Both as we know from high school science, are actually good for plants.

Pathogens are bacteria, virus’s and other microorganisms that can cause disease. NASA’s scientists discovered that the air scrubber also destroyed pathogens, a wonderful added benefit. The technology was quickly adopted for commercial applications to keep food fresher longer in grocery stores and food storage warehouses. In 2013, we began seeing residential air purifiers utilizing the NASA developed technology in devices installed in home HVAC systems.

Whereas the NASA version pulled air into the machine, the Air Scrubber by Aerus uses the HVAC system to spread the produced molecules throughout the space. The results being; it destroys pathogens both in the air and on surfaces.

How Does an Air Scrubber by Aerus Work?

How Does an Air Scrubber Work to Reduce Dust & Pollen? 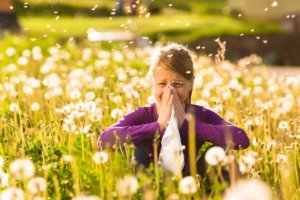 According to a study completed by the University of Cincinnati, the Air Scrubber was extremely effective against dust & pollens. Particulates like dust & pollen were removed from the air 100-times faster than by gravity alone. In layman terms, this is because the ions created by the air scrubber which attached to the dust & pollen make them heavier. By removing these particulates from the air quicker, we humans and our pets are no longer breathing them in. Because air scrubbers work so well removing dust and pollen from the air, they’re recommended for allergy and asthma sufferers.

In another university study conducted by Kansas State, the Air Scrubber by Aerus proved how effective it was against some very bad actors. The study concluded it reduced the amount of E. Coli by over 98% and MRSA by 99.8%. Similar results were found in the Air Scrubbers ability to counteract black mold and similarly harmful pathogens.

How Does the Air Scrubber by Aerus Kill Odors?

The Air Scrubber by Aerus is available in both an ozone-free and ozone-generating model. The latter uses ozone to remove foul odors such as smoke, pet & lingering cooking odors. They produce small amounts of ozone safe for human exposure and similar to the levels found in nature. The air scrubber works by slowly introducing ozone 24/7.

Commercial ozone generators remove odors by introducing high amounts of ozone into a space very quickly. The high levels of ozone are unsafe for human and pet exposure for prolonged periods of time. We (Magic Touch Mechanical) use these ozone generators for “shock treatment” in homes where the residents smoked indoors for years. Shock treatment is typically requested by smokers now selling their home. Sometimes new homeowners, sensitive to smoke, call us after purchasing a home with lingering odors. Another example is homebuyers who are allergic to cat odors who’ve purchased a home previously occupied by our feline friends.

Ozone shock treatment is very effective and we’ve helped homeowners sell homes that previously sat on the market for a long time. However, the residence can’t be occupied during treatments, which makes things difficult for everyday odor removal.

Unlike commercial ozone generators, the Air Scrubber by Aerus uses a “slow drip” application (for lack of a better description). Basically, the ozone generating model constantly introduces trace amounts of ozone into the air slowly so odors never really build up.

Try Before You Buy!

This month only (January 2020), Magic Touch Mechanical is giving away the Air Scrubber by Aerus for FREE! These units regularly go for $1500 installed, so it’s a heck of an opportunity for homeowners in the Phoenix, AZ area!

If you live in the Phoenix, AZ area and want to learn more about our free Air Scrubber by Aerus promotion, click here for details.

The free air scrubber is included with all new HVAC systems purchased in January. However, you don’t need to buy a new A/C & Heating system to get your hands on one! Magic Touch Mechanical installs hundreds of air scrubbers and other IAQ devices every year on existing HVAC systems. The Air Scrubber by Aerus can be installed in most cooling and heating system models.

Contact us today and let us know you want less dust & cleaner air!