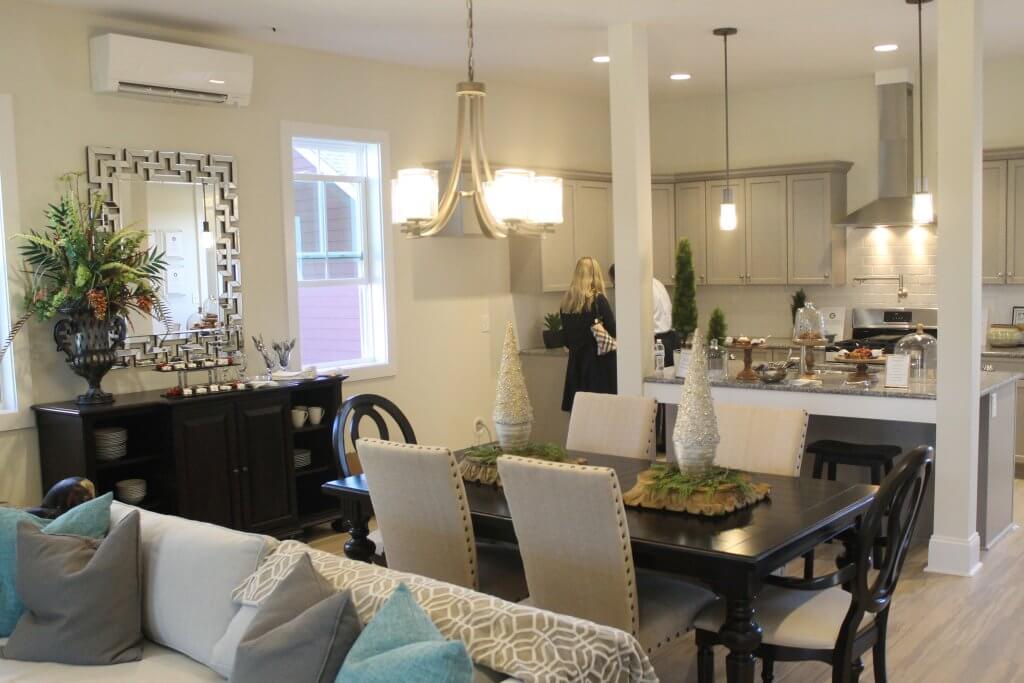 As the name implies, a mini split air conditioner and heating unit is meant to condition only one zone or room. Often you will hear them referred to as only “ductless units” or “mini-splits”, both of which refer to the same thing.

Some mini split ductless units are among the quietest and most efficient type of air conditioning and heating systems money can buy. They are definitely not all created equal though so make sure you do your research!

Mini split ductless air conditioners are what the HVAC Industry refers to as “straight cool” or cooling-only units. These systems do not provide heat.

One of the most common efficiency ratings manufacturers and contractors alike use to compare new AC units is SEER. SEER stands for Seasonal Energy Efficiency Rating or Ratio. SEER ratings are to AC units what MPG (Miles Per Gallon) is to cars. The higher the number, the more efficient the AC.

Even with perfect duct-design, installation and duct-sealing, ductwork by its very nature is inefficient. When figuring out what size air conditioner is needed to cool a space, Magic Touch Mechanical completes what’s known as a load calculation. “Duct loss” or the energy lost through this inefficiency is especially high in Arizona where most ductwork is located in hot attics and walls.

In other words it takes a bigger central air conditioner to cool the same space than a ductless AC unit can. This additional efficiency isn’t even accounted for in the SEER rating which is why we said they are more efficient “out of the box”.

A lot of people are familiar with wall mounted ductless air handlers, aka high-wall units. Although a lot of people think they are similar to a window AC – nothing could be further from the truth. In actuality, ductless mini splits are the most technically advanced units being built today.

The recessed ceiling cassette air handler looks similar to a typical ceiling register (vent). These ceiling units are more discreet than a wall mounted unit. In fact, most people wouldn’t even notice they were there unless you pointed it out to them.

The low wall aka floor mount ductless air handler is the newest style of air handler. It’s a modern twist on an old fashioned radiator like seen in older buildings in big cities. They have a similar dimensions to a small radiator but are thinner so don’t stick out as much. Second only to the wall mounted high-wall units, these are the most popular air handler with Magic Touch Mechanical clients.

You guessed it, this air handler is well – concealed! For areas with attic access above the room, homeowners can have all the benefits of a ductless unit installed in the attic. These air handlers aren’t truly duct-less however. They utilize very small ducts in short lengths that blow air at a very high velocity.

If you spend any time out of the U.S., you’ve probably seen mini-split ductless air conditioners and heat pumps. Initially developed in Asia, ductless units are the most common type of cooling and heating equipment in the rest of the world. Most homes and buildings in Europe, Asia, Central America, and the Middle East use predominantly ductless systems. Here in North America they are seen often in Mexico.

When you consider that many of the homes and buildings in the “Old World” were built hundreds of years before the invention of air conditioning, you start to understand why. There was no place to install ductwork!

We knew you were going to ask how much a single-zone ductless air conditioner costs! Since there are so many different variations, models, and types we wrote an article that answers just that. Before you jump right to that page though note every application is different unlike central air conditioners. Know there is a lot more than just the equipment that goes into installing a ductless system. I’ll give you a hint, they start in the $4,500 – $5,000 range including tax, installed.

For more information on the price of a new mini split ductless air conditioner or heat pump, visit this page of our website.