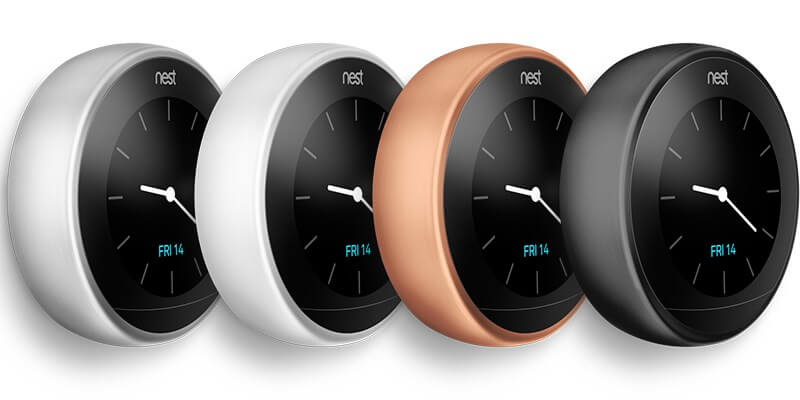 Ask two different air conditioning & heating contractors how they feel about the Nest Learning Thermostat. You will probably get one that loves it and one that hates it. Nest was the first thermostat manufacturer to market directly to homeowners.

Magic Touch Mechanical belongs to the “love it” group. In fact, two of the HVAC Systems on our office building in Mesa, AZ are controlled by the Nest Learning Thermostat. Many of our employees have chosen to install the Nest in their own homes as well.

Problems with the Nest Learning Thermostat

Early on, Nest had some problems – self inflicted problems.

That message has now changed to the Nest Pro program where Nest recommends local air conditioning contractors for your installation.

The problem Nest didn’t anticipate is not every air conditioner, heat pump, or furnace is wired the same way. Their instructions to just swap “color coordinated wires” didn’t work a good percentage of the time. The luckier do-it-yourselfers would install their new Nest only to discover it didn’t work. The unlucky people would create an electrical direct-short and burn out the unit’s transformer – a couple hundred dollar mistake.

The last thing an HVAC company want’s to do is get a “callback” on a product they installed. Call backs cost money, disrupt the work schedule, create an inconvenience for the customer, and leave a bad taste in everyone’s mouth. Granted electronics can fail, it’s a fact of life, but when failures become too common it can break a companies reputation. No contractor wants to be associated with that, and no consumer wants to be the Guinea Pig!

In 2015, four years after the initial release of the 1st generation, the company released the Nest Thermostat 3rd Generation. In the three years since, it seems like they worked out all the kinks! The failures and bugs seem to be worked out and the problems have dramatically decreased. Enough so that we are very comfortable recommending the Nest as a good smart thermostat option.

We still recommend most people don’t attempt to install the Nest themselves. HVAC components are expensive and damaging them is not worth the risk of saving a few bucks. We all have scissors but that doesn’t make us barbers – no, we do not recommend do-it-yourself haircuts either!

The Nest Thermostat 3rd generation display is 40% percent larger than previous versions. The screen is brighter, and has a higher resolution. Now it’s easy to read the temperature from the other side of the room – when set to display always on.

The first two generations while attractive, were stubby. They protruded too far from the wall in our opinion. The 3rd generation Nest Thermostat has a much thinner profile giving it a more modern, sleek look.

In Gen’s 1 & 2 you had to walk right up to the Nest Learning Thermostat to “wake” it. The new model allows you to have the screen off until you approach or keep the display always on. Screen choices include; a digital clock, analog clock, or set temperature. All of which can easily be ready from far away.

As you would expect from any Wi-Fi enabled Smart Thermostat, the Nest can be controlled from your couch or from another country. Even with all of it’s other sensors and automatic settings, we find ourselves using this feature on our own Nest Learning Thermostats quite frequently.

The “programming” is what makes these devices more efficient than a traditional set-back thermostat (up/down – on/off).

The Nest Learning Thermostat was  the first thermostat to re-earn ENERGY STAR qualification. This was largely do to the fact that it was the first to program itself.

Nest learns what temperature you like and builds a schedule around yours.  New studies show that the Nest thermostat saves people an average of fifteen percent on their cooling costs and ten to twelve percent on heating costs. With energy savings like that, the Nest can pay for itself in record time.

Modern gas furnaces contain a safety feature called automatic shutoff. This safety device turns the unit off if it exceeds safe temperatures. When the Nest detects the auto-shutoff device is tripping it displays a “heads up” warning on the screen as well as in the Nest App.

Nest’s built in sensors can determine when nobody is home and automatically adjust to save energy. Not to worry if you have pets that stay home all day – this feature can be easily disabled.

Copper is the new black! Okay, maybe copper doesn’t match your decor or tastes but you have options. The Nest 3rd generation can take on a number of looks by easily changing the outer ring or dial, Options include stainless steel, copper, black and white.